MORE INFORMATION IS AVAILABLE UNDER THE APPLICATIONS MENU. 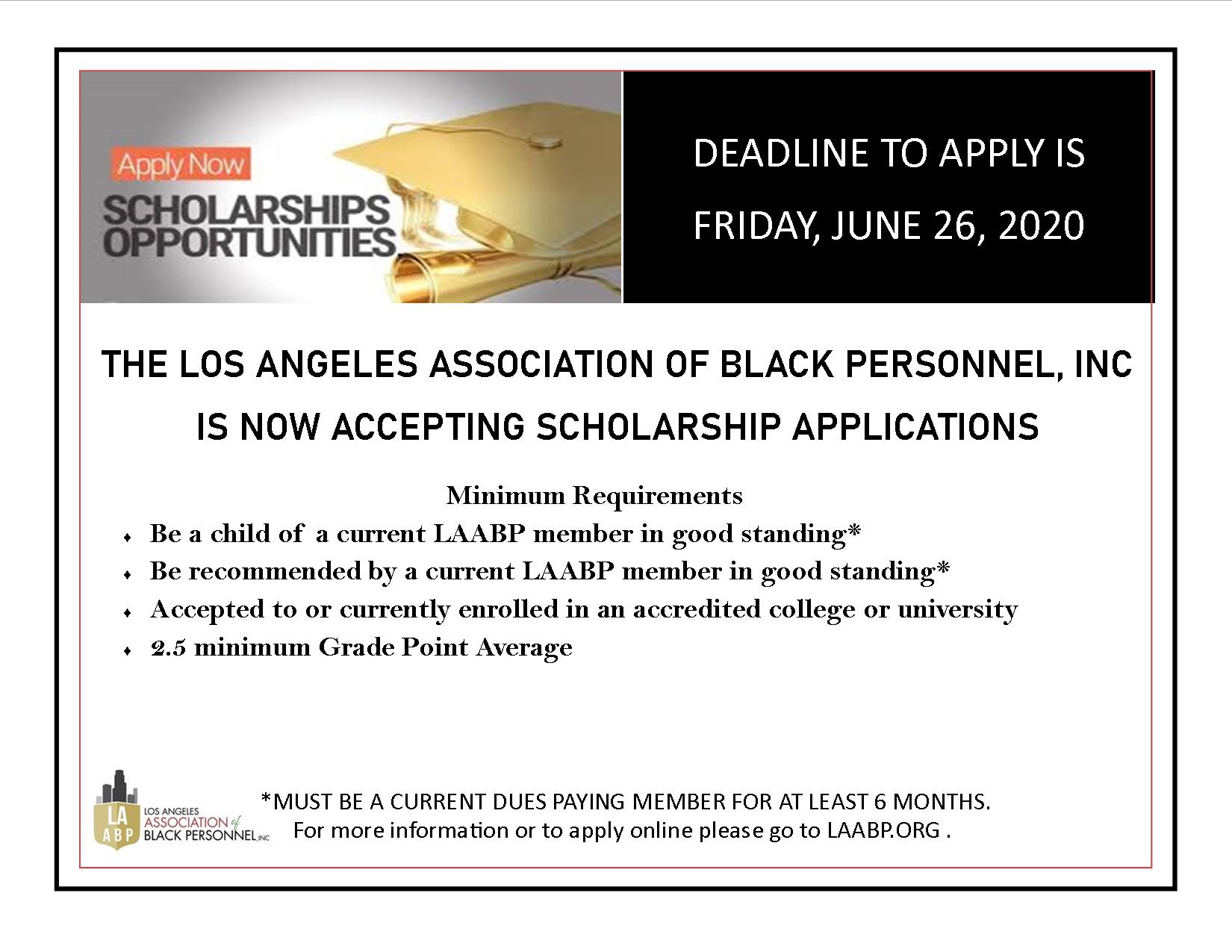 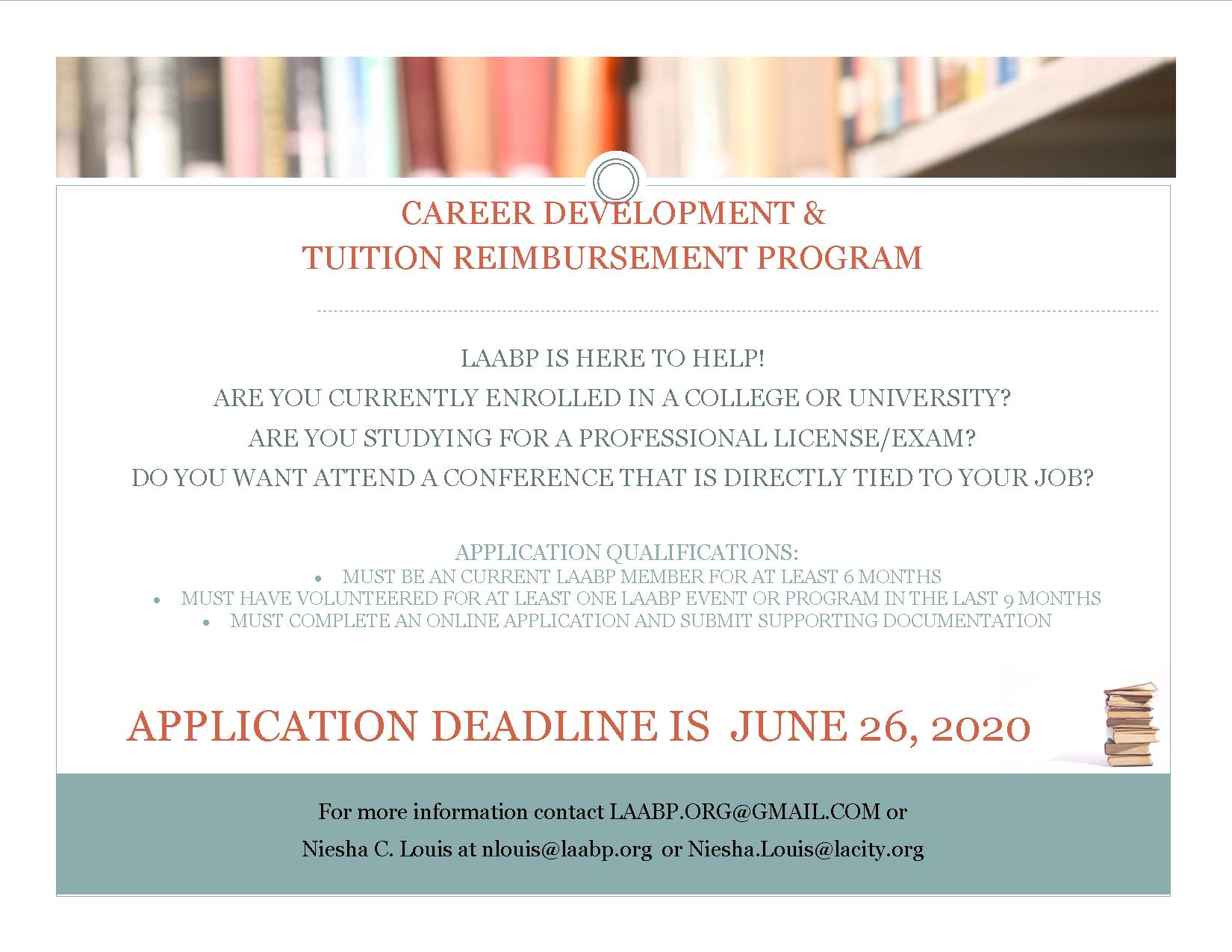 On Saturday, November 10, 2018 the Los Angeles Association of Black Personnel (LAABP) will be hosting a Masquerade Ball and Scholarship Fundraiser at L’Cherivye Studios to raise funds for the 2019 LAABP Scholarship Program. 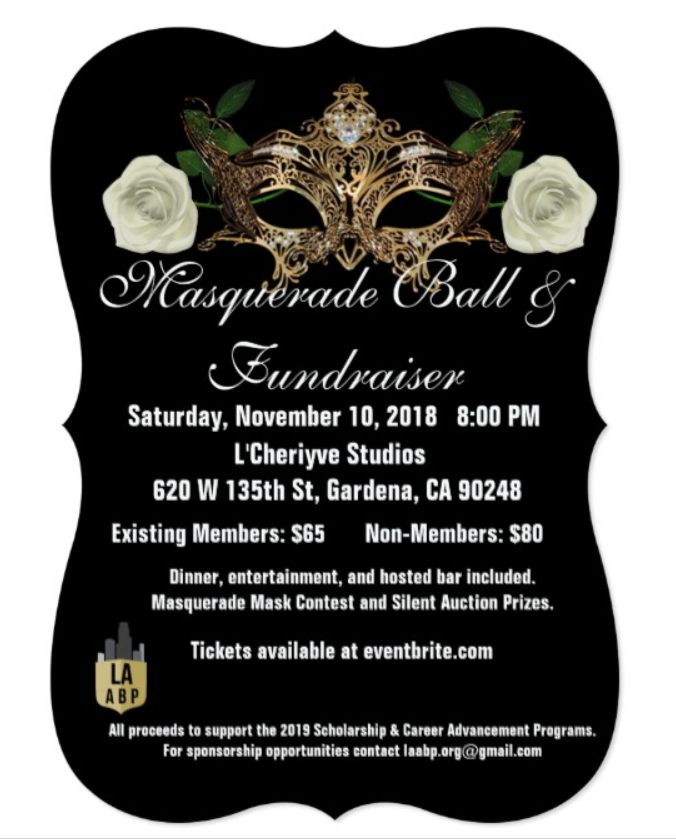 For more information about volunteer opportunities please submit your inquiry by CLICK HERE.

For information regarding donation and sponsorship opportunities can be found  here: 2018 Sponsorship Packet.

To submit a donation/sponsorship inquiry and be contacted by a committee member CLICK HERE .

Saturday, July 14, 2018 marked a successful kick off to LAABP’s Training Series!
LAABP has created a series of workshops focusing on interview preparation and essay writing to prepare our members for the numerous civil service exams taking place this year.
Whether preparing for promotional opportunities or simply refining your skills for interviews, these workshops are tailored for smaller group sessions where more in depth teaching and audience interaction occur with our extremely skilled presenters and trainers.
Thank you to our Interview Preparation Trainers:
Amber Meshack, LAWA
Taneda Larios, LACERS
See below for upcoming dates. Spaces are limited.
RSVP by clicking one of the links below. 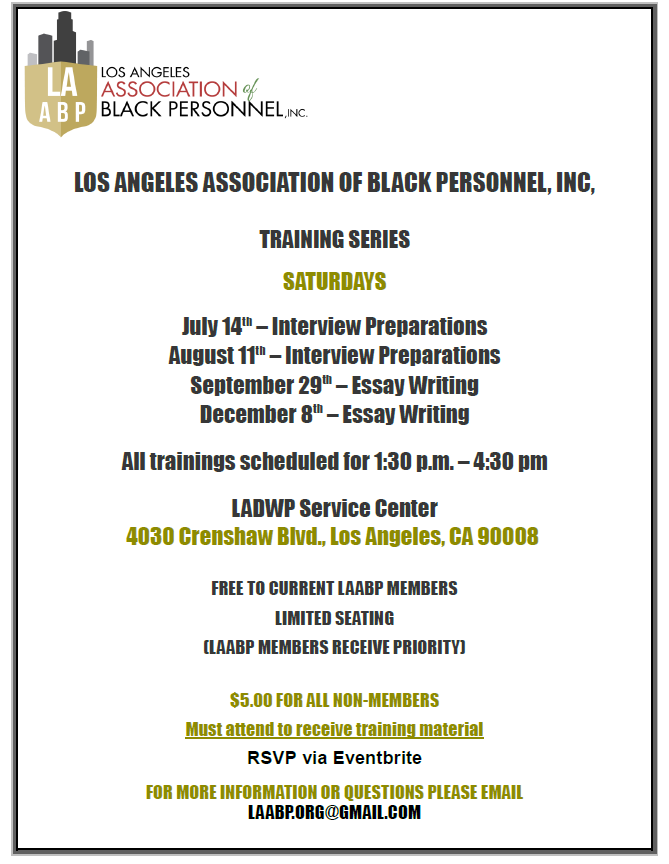 We held our annual Scholarship Reception and Executive Recognition on Thursday, June 18, 2015, in the historic Tom Bradley Tower of City Hall. Ten students received awards for books, tuition and related college costs in the total amount of $15,000.00. The students were either children of City of LA employees/LAABP members, or sponsored by such. Most of the students were high school seniors accepted to colleges across the nation, and a few were current university students. The event was co-hosted by Los Angeles Department of Water and Power African American Association (WPAAA), who also honored ten students with scholarship awards.

An Executive Recognition portion of the program highlighted the career achievements of Marla Bleavins, the first Deputy General Manager of the Harbor Department; Dana Brown, Assistant General Manager of Animal Services; and Keith Session, Director of Water Distribution of the Department of Water and Power. Each of our honorees gave moving acceptance speeches, detailing their career successes and struggles, and provided encouragement and advice to the new college students.