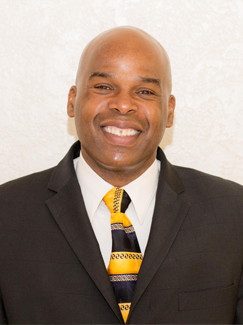 DeMarlo Sims retired from the Department of Water and Power as a Utility Administrator Senior Labor Relations Representative. He currently works as a Labor & Employee consultant. Previously; he has served as the 3rd Vice President and Director-at-Large of the LAABP, and displayed a genuine dedication and firm commitment to preparing his fellow employees for job advancement.

City employees in every city department credit DeMarlo with assisting their career through either his personal counseling, sharing of job bulletins, teaching training classes, providing exam preparation tips, and performing mock interviews. He says, “There is not a week that goes by in which I do not try to encourage someone to aspire to be greater than they are; whether it is family or co-workers.”

DeMarlo cites his father as the most influential person in his life. “At an early age he posted a placard on my door that stated, “DeMarlo Sims – Leader.” He instructed me never to be a follower! I was taught to do what was right all the time, even if I was the only one doing it.”

That philosophy stayed with him throughout his life and has played a large part of the success he has experienced in his City career.  “I believe in karma. What you put out comes back at you two-fold. Therefore, I try to treat everyone the way I want to be treated.  Also, I am standing on the shoulders of other African-Americans that had to overcome obstacles that I could not even imagine; therefore, I believe it is my duty to help others.” Lastly, DeMarlo is married and the proud father of four daughters.